Production of inside and outside rubber-lined hoses

Elastomer inside and outside rubber-lined hoses 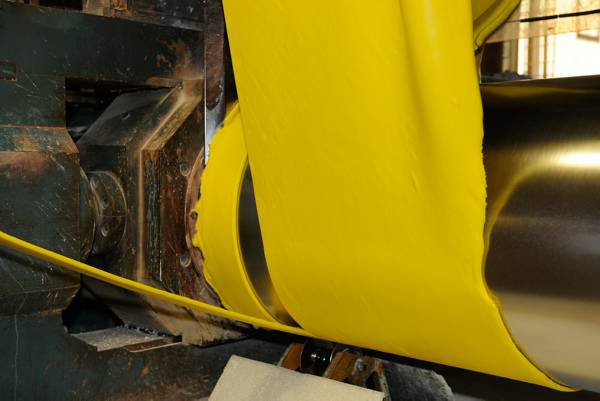 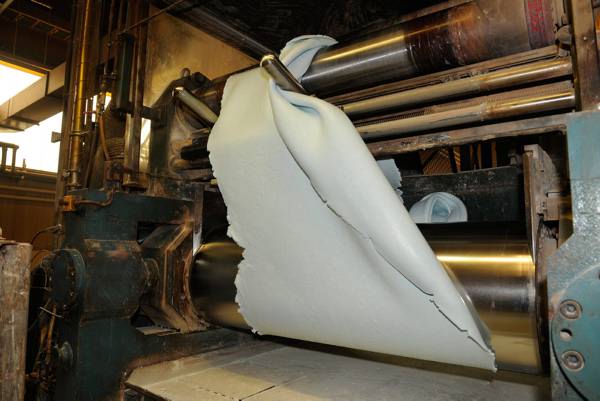 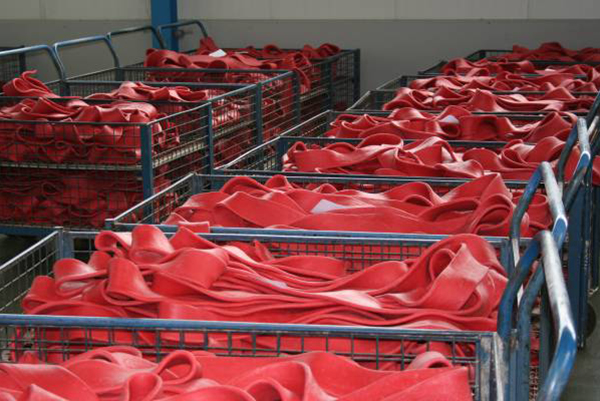 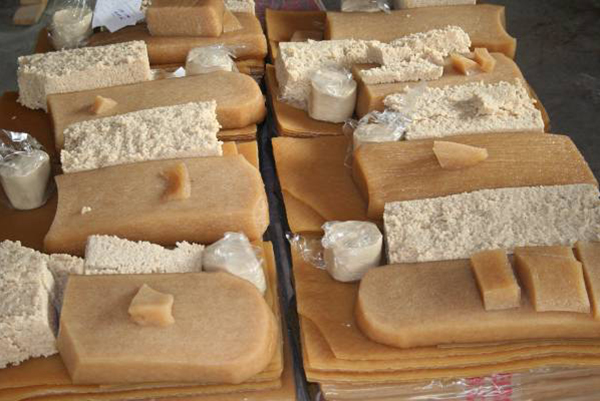 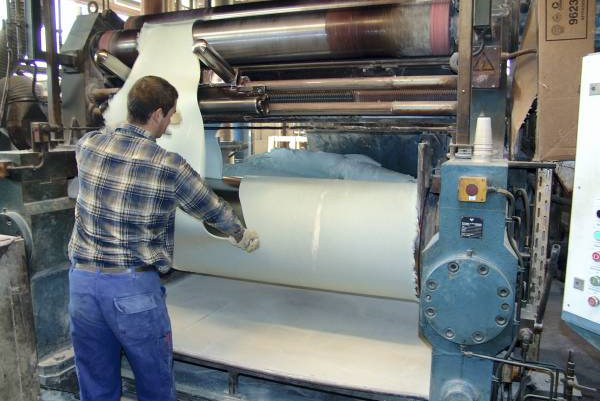 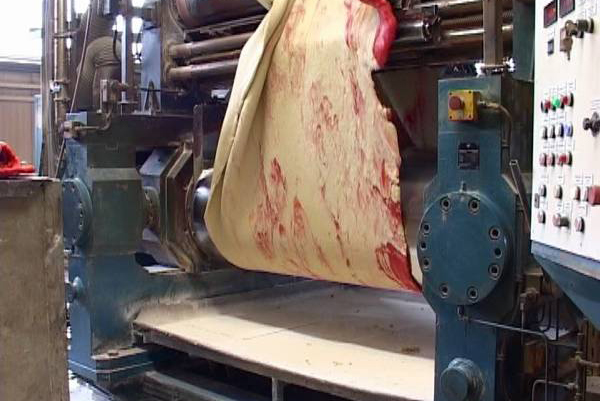 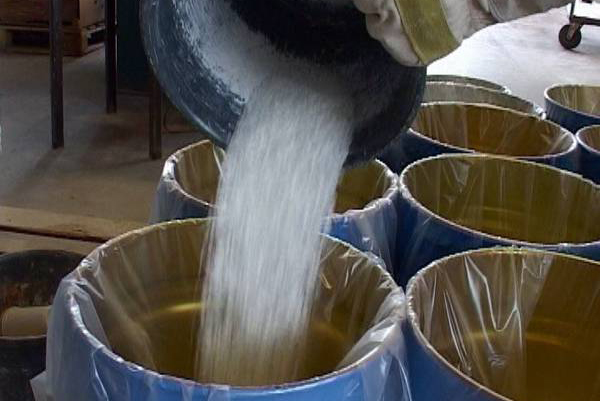 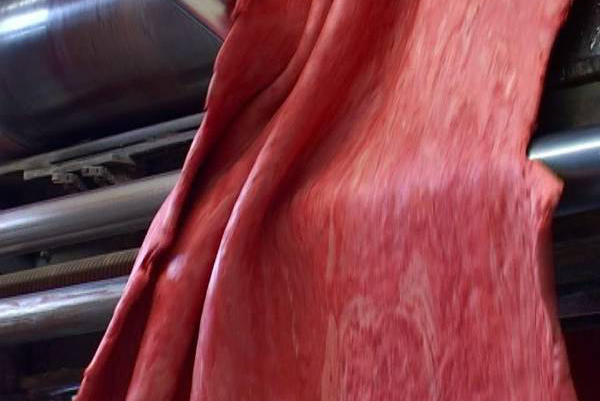 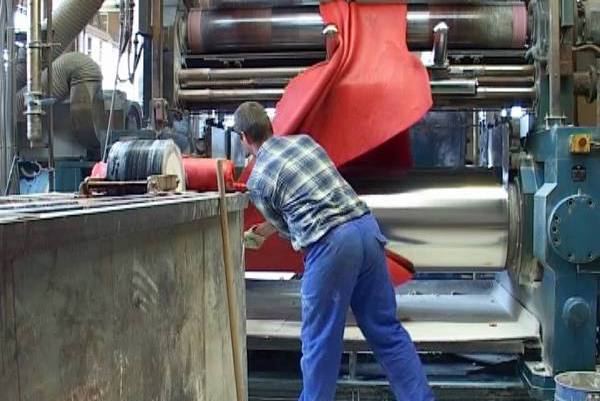 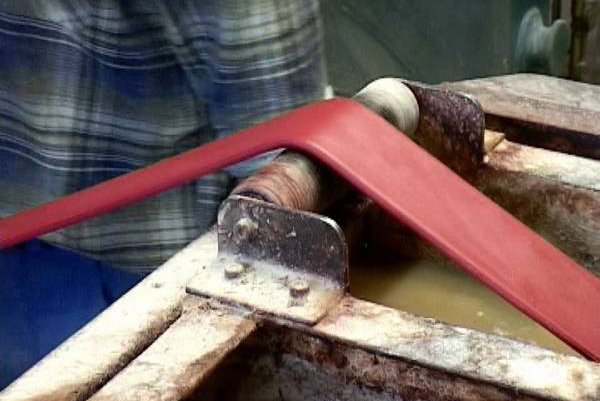 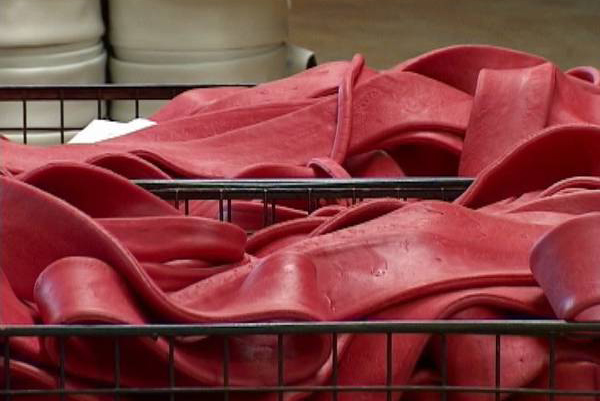 The OSW Eschbach GmbH produces the needed elastomers in their in-house mixing station. Based on the later use there are various different and individual elastomer-mixes. An employee adjusts the amounts of raw material in a computer-controlled process. Later he places the weighed and prepared ingredients, like natural rubber and chemicals on a conveyor that transports them inside the mixer. Chemical fillers and softeners are added automatically. About 40 different formula are produced in the mixing station. It takes about 5 to 8 minutes until the inside mixer has mingled all ingredients. At a temperature of 120-140℃ [248-284℉] the mixture is transported to the rolling-mill. Here dyestuffs (for the color) and substances for vulcanization are added. When the machine rolls this mixture of rubber to some sort of 10 mm thick carpet, it still has a temperature of about 70℃ [158℉]. This rolled ‘rubber-carpet’, also called fur, is cut into pieces and added to rolling-mill several times by an employee until it is a homogenous mixture of elastomer with consistently spread ingredients and color. Only then the elastomer is cut into long stripes and being transported to further processing.